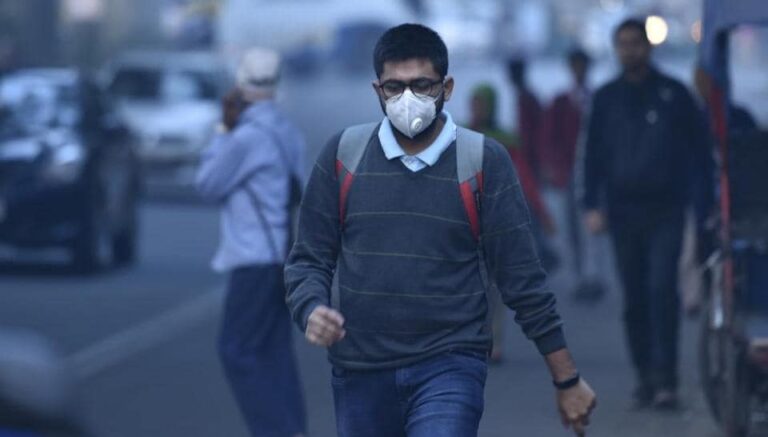 In a study that Airly conducted in 2021, data showed how high air pollution levels are, particularly nitrogen oxide (NOx), a reactive pollutant that causes adverse effects on a person’s health. Exposure to NOx emissions can lead to inflammation of the airways and increases children’s susceptibility to developing asthma and other respiratory diseases.

The study further stated that at least 41% of schools in the UK have air pollution levels that exceed the WHO’s regulatory limits. Air quality slightly improved at the height of the COVID-19 pandemic in 2020 as there was zero activity in and around the schools. However, as the situation improved and restrictions were lifted, air pollution levels started to rise again. This shows a link between air pollution and human traffic or activity.

Airly provided a map that showed UK’s most affected school areas, with London topping the list. Approximately 98% of schools in London are situated in areas with high toxic emissions while outside only 24% are exposed to toxic air in schools located outside the city.

It is estimated that around 3.1 million schoolchildren throughout England are affected by considerable amounts of airborne pollutants.

Ella lived with her mother Rosamund in southeast London, near South Circular Road. It is considered one of the most polluted places in London.

In 2013, Ella died after a severe bout of asthma. She had been in and out of the hospital for months, complaining about various respiratory-related issues. An inquest on her death was requested and in December 2020, the coroner formally listed air pollution as the nine-year-old’s primary cause of death.

After Ella’s death, Rosamund became active in a grassroots movement that organised air quality improvement campaigns. She also raised concerns about the lack of information programs that help the general public understand air pollution and what it can do to humans and the environment.

Coronation Street is a popular soap opera in the UK. In August 2021, reports revealed that the show would highlight the effect of toxic air on children, particularly their lungs.

The scene showed Liam Connor Jr, a 12-year-old character who was having difficulty breathing. Paramedics were on their way to the boy, but traffic congestion delayed their arrival.

At the hospital, Liam and his mom would be told by the doctors that the asthma was caused by exposure to air pollution coming from diesel vehicle fumes.

What are NOx emissions?

The gas that is released by diesel vehicles is known as nitrogen oxide or NOx. It is a pollutant that contains the components nitrogen dioxide and nitric oxide. NOx is known to form ground-level ozone, smog, and acid rain. It affects vegetation negatively, stunting its growth.

When a person is constantly exposed to toxic air, such as NOx emissions, their mental health and cognitive skills are affected. This increases episodes of anxiety and depression.

Reduced cognitive functioning can lead to dementia such as depression and anxiety.

Nitrogen oxide emissions also significantly impact a person’s health. If the impact is low-level, the most common of which include difficulty in breathing, fluid in the lungs, asthma, emphysema, and other respiratory diseases. In some cases, an affected person can also experience vomiting.

The impacts are more serious for a person exposed to high levels of nitrogen oxide emissions. Increased risk of cancer, laryngospasm or vocal cord spasm, asphyxia, and cardiovascular diseases are some of the common impacts of high-level NOx exposure.

The most devastating impact of nitrogen oxide exposure is premature death. The best example of this is the case of Ella Adoo-Kissi-Debrah.

Diesel emissions have been in the spotlight for years after the 2015 Dieselgate scandal involving the Volkswagen Group.

What was the Dieselgate scandal about?

The Dieselgate scandal happened in 2015 when the VW Group was caught using defeat devices on their Audi and VW diesel vehicles sold across the US. A defeat device is used to manipulate emissions. It can detect when a vehicle is being tested so that it could temporarily suppress emissions levels and bring them down to within WHO-mandated levels.

When the vehicle is taken out and driven on real roads, it reverts to releasing exceedingly high levels of NOx emissions. Such a vehicle actively contributes to air pollution.

Aside from VW and Audi, other carmakers have also been implicated in the scandal, most notably BMW and Mercedes-Benz (or Daimler). Along with Daimler and VW, BMW was caught allegedly colluding with the two other carmakers in delaying techniques for cleaner emissions. This became the start of the BMW emissions scam.

Bring your carmaker to court

The health impacts and various repercussions of using defeat devices are more than enough reasons for you to make a claim against your carmaker. An emission claim holds manufacturers responsible for their lies and the life-altering effects you’ve had to go through.

However, not anyone can make a claim, so you’ll have to verify your eligibility first.

Get in touch with ClaimExperts.co.uk for more information about making a diesel claim.