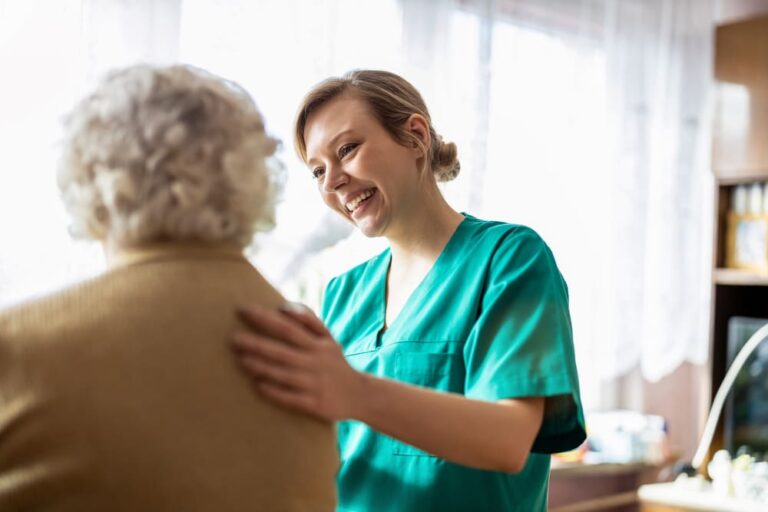 Caffeine is the world’s most popular psychoactive substance – which should not be a surprise when you think about the rates of coffee consumption in pretty much every part of the world. Coffee is also a helping hand to anybody who works long hours, engages in physically strenuous work, or simply needs to get going in the morning.

It is addictive, but it’s a relatively mild addiction and fairly easy to break. Nevertheless, the number of people worldwide who make it through the day with the help of coffee almost certainly numbers in the billions. Furthermore, as it happens, healthcare workers seem to crop up at the top of the pile when it comes to coffee consumption, something which is really no surprise.

This begs the question then, is this phenomenon of doctors and nurses guzzling the black stuff to make it through a punishing and stressful shift a problem or just a fact of the job? To be clear, it’s pretty unlikely that this situation will change. However, it is worth examining if the special relationship between healthcare workers and coffee is a healthy relationship.

The survey referenced above says that doctors come second among all professions for coffee consumption. The reason they do this is the same reason anyone drinks coffee. The caffeine in coffee is a central nervous system stimulant.

The feeling of sleepiness arises from the bonding of the hormone adenosine to A1 receptors in the brain. Caffeine blocks this bonding, making users feel more alert. Of course, any medical professional or even some student browsing healthcare job boards will know this. There probably isn’t any other kind of professional who understands the biochemistry of caffeine better. And yet these same medical professionals guzzle the stuff at a herculean rate.

The Reality of the Job

But then, this could be that they simply need it. What is worth considering here is that fact that healthcare jobs are nearly always filled with pressure, stress, and long hours. And sometimes, those hours are nighttime hours, a time when many people, used to working during the day, simply need to have several cups of coffee in order to perform at something like their usual waking capacity. Health Jobs Nationwide, a healthcare jobs recruitment service, advise that all new recruits are aware of this reality and what will be expected of them physically and mentally.

So, it seems likely that high coffee consumption is therefore simply a side effect of the realty of working in healthcare. This is an important point to bear in mind when deciding whether healthcare workers’ high consumption of caffeine is dangerous or not.

While coffee might help healthcare workers make it through their shift, it is not the optimal solution for overwork and stress in a hospital or other healthcare institution. A far better remedy is those same institutions putting services in place to deal with issues such as burnout and the chronic job dissatisfaction which this encourages. In practice, this means counsellors for healthcare workers, time off when it is needed, and a strong culture of mutual dependence and support.

So, we can maybe conclude then that while coffee consumption among healthcare workers is very high, it is not really the crux of the problem. The relationship is neither healthy nor unhealthy, but merely a product of workplace stress and burnout. Moreover, this is something that certainly won’t be solved by discouraging coffee consumption. If institutions want to see that come down, they need to address the problem at its root – coffee consumption is merely a side effect.